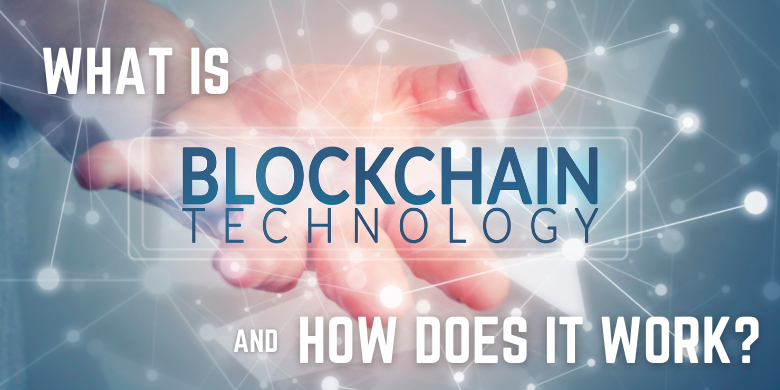 You can think of the blockchain technology as a structure where transactional records of the public are
stored in a huge number of databases. These databases are kept in a network connected via peer-to-
peer nodes. Each transaction in the digital ledger (the storage) is authorized by the owner’s digital
signature that authenticates the transaction and protects it from tampering. This DLT (distributed ledger
technology) allows data to be stored on thousands of servers across the globe while letting anybody on
the network to see everybody else’s entries in almost real-time. And this makes it extremely difficult for
any single user to tamper or gain control of the network. For businesses, the blockchain technology
provides the promise of transactional transparency through its ability of creating real-time, secure
communication networks to support almost everything – from healthcare data sharing to payment
networks to supply chains, and many more.

As we’ve just learned, a blockchain is a chain of blocks which contains information and every block
comes with timestamp, transaction data, and the previous block’s cryptographic hash. The fundamental
design of a blockchain may seem simple but this is the thing that makes the technology invulnerable to
data tampering. In this open distributed ledger, transactions of two parties are recorded efficiently and
securely and because of its distributed nature, a blockchain is managed by a peer-to-peer network
simultaneously working together to validate new blocks. As a result, once recorded, the data can’t be
updated retroactively modifying all the subsequent blocks, which can only be done with the
confirmation from the majority in the network. This is the biggest reason why blockchain technology
isn’t vulnerable to hacking.

3- Reasons behind the extreme popularity of blockchain technology

First and foremost, as there’re thousands of nodes scattered all over the world, it’s virtually impossible
for a single party to take over the entire network. Secondly, in a blockchain, the validity of a block and
its inclusion is decided by an electronic consensus of the scattered nodes. And as there’re thousands of
nodes, capturing the network would need a computer with simply impossible power.

However, the blockchain technology is still in its nascent stage. It has only been around since 2009 but
we can expect that in the next few years, we’ll see a huge emergence of different blockchain networks
and applications. Already, there’re lots of different projects working on advancing the technology to

how it can be adjusted or improved for specific use cases. If you’re interested in learning blockchain
technology, there will probably never be a better time than now to start learning it and get involved.

To learn more about data science, click here and read our another article